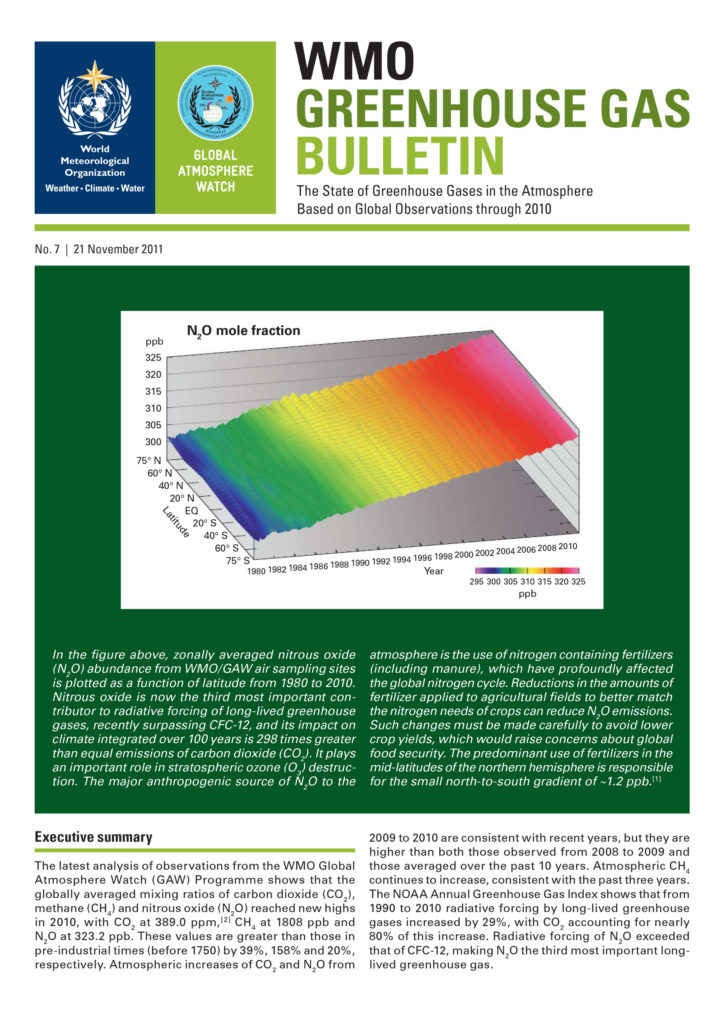 Click on the thumbnail above to open the publication

The amount of greenhouse gases in the atmosphere reached a new high in 2010 since pre-industrial time and the rate of increase has accelerated, according to the World Meteorological Organization’s Greenhouse Gas Bulletin. It focussed special attention on rising nitrous oxide concentrations.

Between 1990 and 2010, according to the report, there was a 29% increase in radiative forcing – the warming effect on our climate system – from greenhouse gases. Carbon dioxide accounted for 80% of this increase.